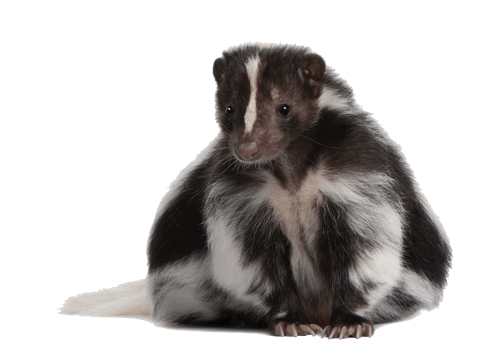 We are a full service wildlife removal services in the Greater Toronto Area. We are effective, guarantee our service and work 7 days a week. 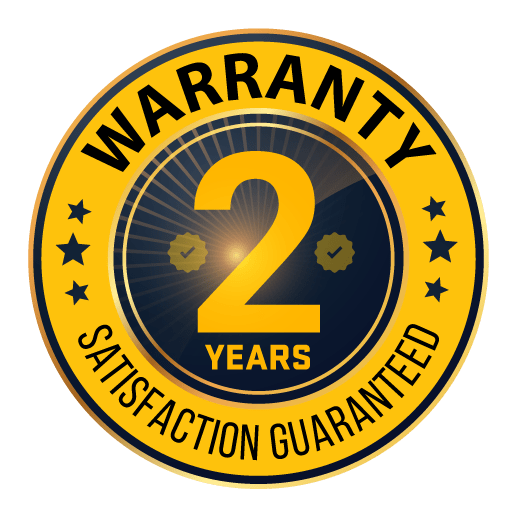 All our skunk exclusion work is covered by a 2-year warranty. If a skunk get back in through our work within two years we return at no additional charge.

Skunk removal Toronto is one more service our company offers. Skunks are a common pest in the city of Toronto especially areas such as Mississauga, Oakville and Markham. Although skunks usually make their appearance near wooded areas they are known to make their way in the city as well. You will know that you have a skunk near when by the odour.

As Animal Control Toronto experts will deal with skunk removal professionally. When it to pests in Toronto another common pest is the skunk. Skunks make their appearance every now and then and are one more pests that pest control experts in Toronto deal with. 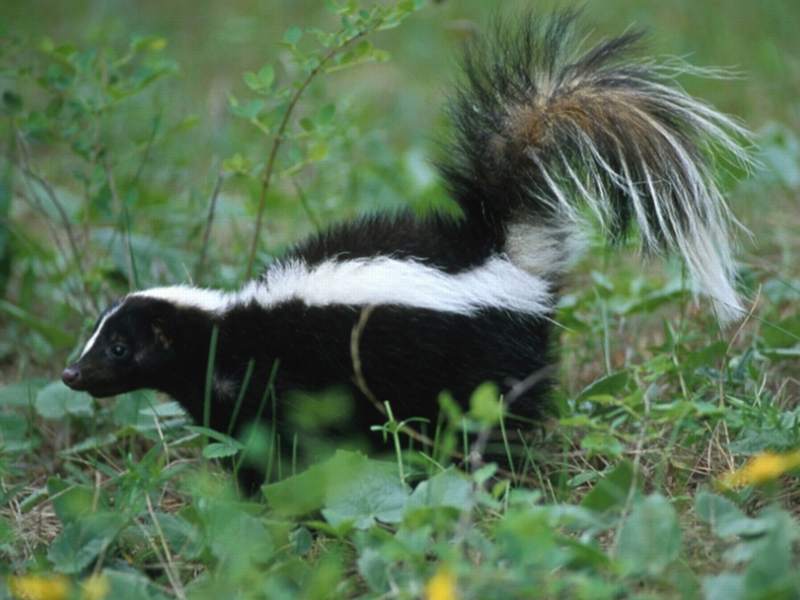 Sometimes skunks are kept as pets, though this is illegal in most states because of their role in rabies transmission. Skunks are members of the Mustelide family, a group of carnivorous mammals that includes weasels, martens, and badgers. Found throughout almost all of North America except the far north, skunks often live in suburban areas-unbeknown to their human neighbours including Toronto.  Even though skunks make their appearance in the spring and summer they are not true hibernators. In Toronto even in more temperate climates skunks venture out of their dens for short distances when temperatures are near the freezing mark and snow conditions are favourable.

Skunks are beautiful-misunderstood animals and I really enjoy being able to help take care of the little ones until they are old enough to be released back into the wild where they belong. They are an important part of our environment and most wildlife rehabilitators will not take in baby skunks since they already have their hands full with other wildlife.

Skunks are nocturnal-they need a quiet and dark place during the daytime and the wonder around in the suburbs of Toronto at night. Their homes are usually in burrows but they will also nest under houses, decks, woodpiles, etc. Skunks are considered to be scavengers, but they prefer to dine on clover when garbage is not present. Skunks are nocturnal, and if a skunk is encountered during the day, or if it is aggressive, a person should suspect that the skunk is rabid.

If you are experiencing a Skunk problem call us:

Some of you might be wondering how you get rid of skunks. If you live in Toronto the bets thing you can do is to call a Toronto pest control expert that can take care of them properly without hurting them. Have someone deal with skunk removal. It is something you do not want to attempt on your own.

Skunks are dormant for about a month during the coldest part of the Toronto winter. They may den together in winter for warmth, but generally are not sociable. Skunks are not always the stinky pests that you might think. Some people think that they can actually make great pets. However, they must be farmed and raised correctly in order to be domesticated pets. In general skunks are mild tempered animals that will not defend themselves unless they are cornered or harmed. They usually provide a warning before discharging their scent, stamping their forefeet rapidly and arching their tails over their backs.

If you live in Toronto and you encounter a skunk in your backyard then chances are that the skunk is just passing by. If however you are looking for skunk removal in Toronto in the case that the skunk does not leave then you should just call an wildlife control Toronto expert that will take care of the skunk properly. For Skunk removal Toronto call: 647-931-6582

If you are experiencing a Skunk problem call us:

Give Us a Call.

Speak directly to a professional pest control specialist and schedule an inspection or treatment.